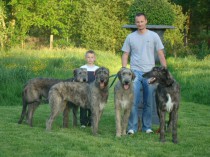 As a veterarinarian, I did an extensive research of the Irish Wolfhound before I began breeding, for I wanted to produce a dog that would have all of the qualities that it was originally used for : hunting, stamina, speed, strength, and beauty.
Breeding began in 1985 when we bought our first bith AC'HWEN AN DOAR GAD ROUZ ( half french , half belgian ) .
She has had two litters with two dutch stud-dogs : IVORY IDOL OF THE FUNNY HILL and DONOVAN DWIGHT OF THE FUNNY HILL .
From the second litter we kept one bitch EVA DU GRAND CHIEN DE CULANN who was later mated by our german dog TIRLIFFIN GEORGIAN and gave two handsome offsprings : GOLDEN DREAM and GRIZZLE LADY .
The male GOLDEN DREAM ( french champion) was BOB at our club show in 1994 . His sister GRIZZLE LADY had only one litter with the german dog TIRLIFFIN MURDOCK .
In this litter was our famous french , Luxemburg and international champion JUSTICE OF THE PEACE who was two times club show BOB in 1996 and 1998 .

GOLDEN DREAM has only been used as stud dog two times .
From his litter with our german bitch TIRLIFFIN ROSALIE went out two champions : LEPORELLO and LUCIA .
His second stud was for the english import HYDEBECK ENGLISH ROSE which gave us the nice french champion ONLY YOU ( club show 2002 BOB ) .
More recently , we used the dutch stud dog CUROI JAZZ on the two sisters TIRLIFFIN ROSALIE and TIRLIFFIN RUBY . From the first litter we kept the male NOSTRADAMUS , french, Lux and européan champion and club show BOB in 2000 and 2001 .French , Lux and international Champion ODESSA ( Longchamp 2000 BOB, German club show 2000 and 2001 BOB , winner of the open class at Crufts 2002 ) come from the second litter .
In 2001 , Only You has been mated by the german champion Erinwood Xact vd Oelmühle and gave us a nice litter .
Spartacus and Symphonie come from this litter .

in 2003 , Riviera and Spartacus gave us 3 marvellous hounds who have been important in our breeding programm: Ultrasonic, Uranie and Unesco , all multi champions. They are the parents of Birmanie, Baltique, Byzance, Bahia , Bellucci and Casino Royal (now in Norway), World Champion Chambord and Dubaï.

Bellucci has had 2 litters , her sons Eragon and EoghanIII (now in South Africa) are now on the rings. Our show dogs , Faune and France are from Baltique and the german stud dog Inishmaan Charles ﻿ 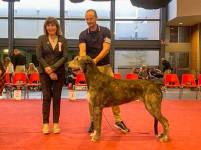 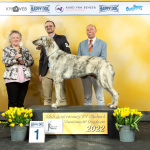 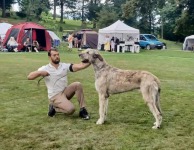 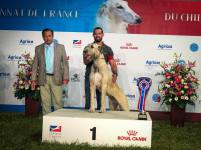 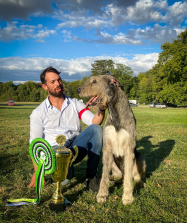 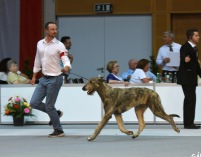 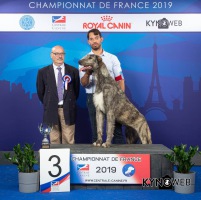 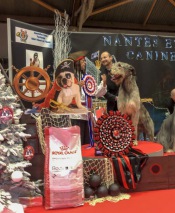 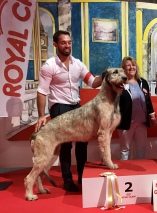 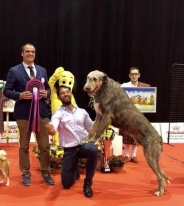 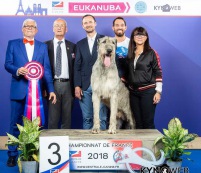 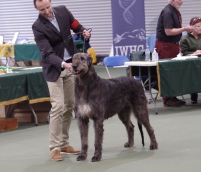 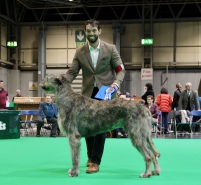 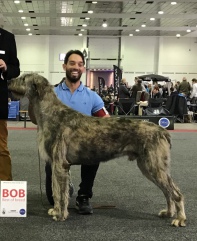 Labyrinth BIS at Kirchheim and the sighthound of the year 2017. 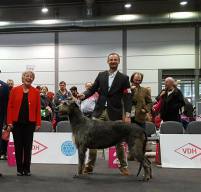 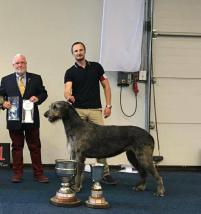 The EUKANUBA SUPREME BIS WINNER of the Donaueschingen 2017 Labyrinth 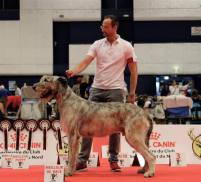 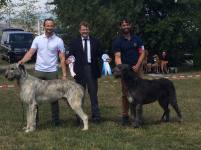 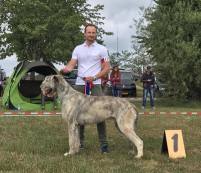 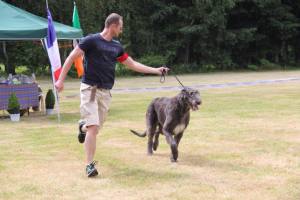 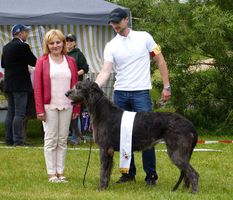 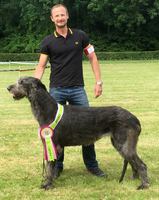 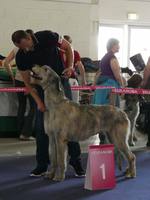 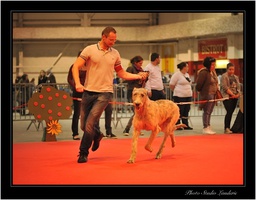 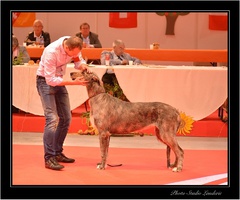 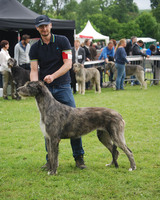